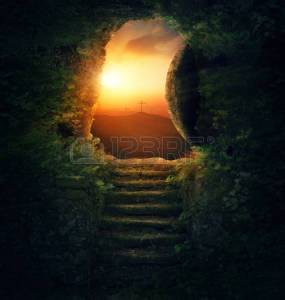 1 Wherefore seeing we also are compassed about with so great a cloud of witnesses, let us lay aside every weight, and the sin which doth so easily beset us, and let us run with patience the race that is set before us, 2 Looking unto Jesus the author and finisher of our faith; who for the joy that was set before him endured the cross, despising the shame, and is set down at the right hand of the throne of God. 3 For consider him that endured such contradiction of sinners against himself, lest ye be wearied and faint in your minds. (Hebrews 12:1-3 KJV)

This is a very trying time with all the upsurge of (1: so called political correctness (2: political upheaval (3: political deceitfulness (4: people forgetting the reason for this season (4: people against people, meaning the savageness resulting in murder, injury and no love for fellow humans. Counting the number of people in the world, most people have strayed away from God. Religion isn’t anything. For most people, religion come into play in their senior years of life or when it is thought the end is near.

Jesus endured the cross for all of us, regardless who we are; meaning color, creed, race, etc. Yet, we do not call His name unless we have to or it is called when it is convenient. After God is acknowledged, general life becomes breaking all the laws God handed down to us. We see this everyday, we see this in everything, we are a part of this until we no longer have life to do otherwise.

To disobey God is more than sinful, it is saying that descending into the bowls of hell is no concern. It is wanted because if it was not so, personal actions would be greatly different. Just look at the makeup of our leaders. As it have been told to me when I was a child, “what is done in the dark will eventually see the light of day”.

As an example, many stores start putting up Christmas regalia almost during the Labor Day celebration. When I was a child, a long time ago, it was never done until Thanksgiving was completed. Stores now want the money, as much as possible, anyway they can get it. Wall Street is set up to force the companies to get more than the year before. If it is not done the stock value will be lower and investors will leave, forcing the company to take drastic measures to make money or dissolve. The road to all evil is money. Which make getting the money for these items an urgent matter which, at times, result in robbery, murder, bribery, etc., whatever it takes, no matter who it harms. Jesus did not die on the cross for this type of behavior.

Another example is with our leaders. Many of the leaders say they love God, believe in God, abide by God’s commandments, do not sin. If all is true, there would not be law suits, investigations, bickering, discontent among the people or thoughts of impeachment. If they would abide by the laws of God and consider Him that endured the contradiction of sinners, there would not be discontentment among the people. A light is shinning into that very dark hole for all to see the slime and ugliness that surround these so called leaders. Yet, there are those that still stand by them. Just like the people had a choice of who would be freed and Jesus was not chosen.

Almost everyone run to the stores to buy things early, not caring about the real meaning of the season. The real meaning of Christmas is the birth of Christ. However, the majority of the people around the world put that fact near the back of their minds. They think about going deeper in debt to celebrate Christmas, to satisfy a need for material things. That was never the original intent. Never. The same goes for Easter. When the sinful leaders strip the little money we have away, the money laden celebrations will cease or, at least, be severely curtailed. There are all sorts of weights on our shoulders but One have died to relieve us of these burdens. He was born to show us the way and died to save us all. We have turned our back and is going down our own path. Wake up before it is too late.

It is not too late to change our ways nor is it not too late for our leaders to also change. Nothing is impossible for God. We just have to believe in Him and abide by His commandments.