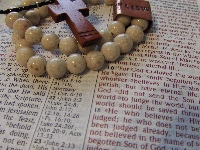 13 Who is a wise man and endued with knowledge among you? let him show out of a good conversation his works with meekness of wisdom. 14 But if ye have bitter envying and strife in your hearts, glory not, and lie not against the truth. 15 This wisdom descendeth not from above, but is earthly, sensual, devilish. 16 For where envying and strife is, there is confusion and every evil work. 17 But the wisdom that is from above is first pure, then peaceable, gentle, and easy to be entreated, full of mercy and good fruits, without partiality, and without hypocrisy. 18 And the fruit of righteousness is sown in peace of them that make peace. (James 3:13-18 KJV)

I am a news hawk who get news on the cell phone and I watch the news channels, with the exception of FOX news. What I find intriguing between James 3 and the president of the USA is what, how and why the president say the things he utters (tweets). As I have written before about the lies he tells, James 3 re-enforce it here. I believe in the Bible as I believe in God as I believe in attempting to not lie or deceive anyone intentionally.

I love the USA even though, in the past, I had to put up with many atrocities. I love our form of government and partially believe in our legal system, even though I was in law enforcement for many years. For the most part, our law enforcement system tries hard to do the right thing. However, when the president of the USA attempts to undermine the very system we all depend upon, I draw the line. What is good for one is good for all and if I have to abide by the law, let the legal system do the thing they are paid to do to me, so must others, including the president of the USA.

James 3:13 shows how the president does not speak of his works with meekness. He is narcissistic and taunts others as well as calling others insulting names. Lying is the norm which also involve deception. James 3:15 say ‘ This wisdom descendeth not from above, but is earthly, sensual, devilish.’ Like peeling an onion, if the layers of the president’s words were peeled away all the lies are shown. But, he attempts (his lawyers also) to stop any and all peering eyes into his words, prior life and future. He wants everyone to follow him with impunity, forgetting what he said a minute ago but do what he is saying now although he may change it a minute from now. James 3:16 is right about the confusion, there is plenty to go around. Paul Krugman said near the beginning of Trump’s presidency:”an American kakistocracy-rule by the worst.” Or, in other words, it mean government by the worst people.

I do not want the USA form of government destroyed because of the works of this president and I hope that God will safe us from his bad, selfish actions. Instead of playing golf he should go to church and ask God for forgiveness and prudent direction. God is the way, the light and salvation. All of us need to listen to God, then the world will become better. 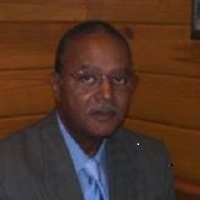