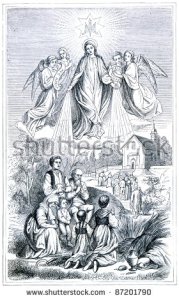 8 But, beloved, be not ignorant of this one thing, that one day is with the Lord as a thousand years, and a thousand years as one day. 9 The Lord is not slack concerning his promise, as some men count slackness;  but is longsuffering to us-ward, not willing that any should perish, but that all should come to repentance. 10 But the day of the Lord will come as a thief in the night;  in the which the heavens shall pass away with a great noise, and the elements shall melt with fervent heat, the earth also and the works that are therein shall be burned up. (2 Peter 3:8-10 KJV)

Through the years that I have written these two blogs (www.tega227.com is the other), I have written about time a couple of times. I am aware that many people are awaiting, in some way, the removal of President Trump, the President of the United States. In these writings, I said that God will move in His own time, He have His own speed. As written above, God’s counting of time is not our counting of time.

We, meaning all of us, use sunrise and sundown, twenty-four hours, as a day. God does not. Looking at Jesus’ death and His promise of return is not that long ago when counting as God does. It is only a little over two days. Remember, humans have been on this earth for hundreds of thousands of years. Today, we only live a hundred years or less. That would mean ten hundred- year lifetimes are equal to one day. Therefore, awaiting the removal of the President have not been that long of a wait.

Then there is the end of the world as we know it. It is said that it will not be destroyed by water the next time. I am aware of the yearly floods and the melting of the snow caps in the polar regions. However, I believe what was said and what is written in 2 Peter 3:10. Don’t forget, many countries have nuclear weapons, and a few is ready to use them as soon as they can. Our President is not helping to keep them at bay but, instead, egging them on or doing the opposite of what is to be done. Will we be the one that set off the thermal nuclear bombs, or will they? Also, think about the thermal eruptions of the many volcanoes that we know about. What about those that we are not aware of?

Therefore, we must stay fast in our love of God and follow Him. To follow Him include not lying, cheating, love of self, etc. In other words, do everything possible to follow in the footsteps of Jesus in order to survive into the next world that Jesus have prepared for us. That will also include not following a person like Trump. Open your eyes to his bad acts. He is a person that want everyone to love and praise him. He is thinking he is a God and can do no wrong. Do not be deceived and follow only the true God.

To follow God, we must simply do the right thing. That is in doing, saying and believing in God. By following His commandments. It is not hard. All it takes is dedication and prayer. In His own time God will relieve you from this worldly mess. Trust in God. It takes TIME.