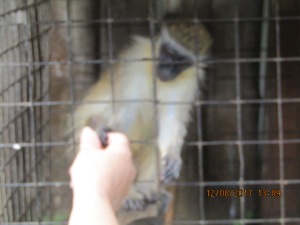 9 And the LORD said unto Cain, Where is Abel thy brother? And he said, I know not: Am I my brother’s keeper? (Genesis 4:9 KJV)

Many of us either have either spoken or have heard these words but have any of us really thought about what was just said? In the words is deception, murder, lies and fear. Here, as Cain was trying to hide the fact that he had committed murder, he is attempting to deceive the Lord through a deceptive lie. “Am I my brother’s keeper.” He feared the Lord and he knew the Lord knew everything but he tried anyway. However, although he is to make his on way, alone from his family, it can be said he succeeded. He found a wife, built a city and had children. The same goes on today.

It seem as though the ones that commit crimes (man made laws or not) acquire the lifestyle they want. Those of us that try to live by the laws of God and man seem to be on shaky footing. Then I look at the present government and see the same thing. Corruption is rampant and I can’t believe anything that is said by them. The government is the keeper of their brothers and they have failed. Because of their actions people have died and more will do so. I am talking about not only in the USA but around the world. We, as the leader of the free world, are responsible to the rest of the world also.

There are many promises to accomplish certain things in order to assist the people that are struggling, to ease their misery and pain. Yet, at the same time, the administration is neck deep in deception, lies and attempts to line their pockets with untold wealth through their shadowy, unauthorized contacts.

How can these people that are in charge to be our keepers when they are disloyal to their entire team members by being deceptive, liars and contradicting what ever is said in truth. These people will do anything to gain fame and wealth. All us little people is just fodder as far as they are concerned. We do not count, we were used to place them in power in order to do more of what ever they were doing before. Yet, they say they are our brothers, to trust them, that they are our keepers. I read the Bible and I remember the story about Cain and Abel. I do not want the government or it’s personnel as my keeper. I do not trust them.