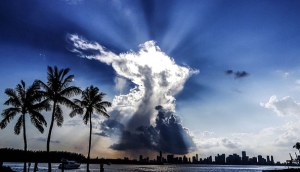 1 After these things Jesus walked in Galilee:  for he would not walk in Jewry, because the Jews sought to kill him.   2 Now the Jews’ feast of tabernacles was at hand.   3 His brethren therefore said unto him, Depart hence, and go into Judaea, that thy disciples also may see the works that thou doest.   4 For there is no man that doeth any thing in secret, and he himself seeketh to be known openly.   If thou do these things, show thyself to the world.   5 For neither did his brethren believe in him.   6 Then Jesus said unto them, My time is not yet come:  but your time is alway ready.   7 The world cannot hate you;  but me it hateth, because I testify of it, that the works thereof are evil.   8 Go ye up unto this feast:  I go not up yet unto this feast:  for my time is not yet full come.   9 When he had said these words unto them, he abode still in Galilee.   10 But when his brethren were gone up, then went he also up unto the feast, not openly, but as it were in secret.   11 Then the Jews sought him at the feast, and said, Where is he?  12 And there was much murmuring among the people concerning him:  for some said, He is a good man:  others said, Nay;  but he deceiveth the people.   13 Howbeit no man spake openly of him for fear of the Jews. (John 7:1-13 KJV)

There is a saying that is often heard but few have accomplished, and it is this ‘if you do not have anything good to say about a person, don’t say anything’. Here, Jesus went secretly to the feast and heard people talking badly about him although he had only done good things. Yet, the people hated Him. He was told to go to Judaea for His own safety. Why would the Jews want to harm Him? After many, many years the question remain. The same situation still prevails today.

Time after time the people that speak out about the President need protection for fear of retribution against them and their family. These people told what is happening and who is behind it. While telling this they knew that their life and the family’ life would be changed forever, and they will forever have to be looking over their shoulders. They want to help keep our democracy and keep it strong. They sacrificed their peaceful lives for a life of uncertainty and fear.

Even Jesus went through this and we as educated people have not learned lessons from the past. The devil is working overtime to bring down a democracy. If this is not corrected the United States of America will fall as The Roman Empire fell and others before and after that. Maybe not today, maybe not tomorrow but it is certain that eventually the USA will fall, sooner rather than later, if it continues the way it is going.

May God help us all because what I feel, see, hear and think puts a bitter taste in my mouth. To keep our democracy will not need secrecy but respect for the truth. This is the USA, not Russia or China, etc. Let the truth be heard and justice reign. Wake up!