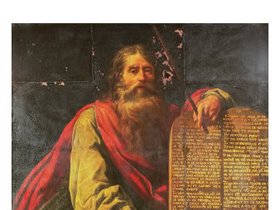 20 The LORD will not spare him, but then the anger of the LORD and his jealousy shall smoke against that man, and all the curses that are written in this book shall lie upon him, and the LORD shall blot out his name from under heaven.   21 And the LORD shall separate him unto evil out of all the tribes of Israel, according to all the curses of the covenant that are written in this book of the law:  22 So that the generation to come of your children that shall rise up after you, and the stranger that shall come from a far land, shall say, when they see the plagues of that land, and the sicknesses which the LORD hath laid upon it;  23 And that the whole land thereof is brimstone, and salt, and burning, that it is not sown, nor beareth, nor any grass groweth therein, like the overthrow of Sodom, and Gomorrah, Admah, and Zeboim, which the LORD overthrew in his anger, and in his wrath:  24 Even all nations shall say, Wherefore hath the LORD done thus unto this land?  what meaneth the heat of this great anger?  25 Then men shall say, Because they have forsaken the covenant of the LORD God of their fathers, which he made with them when he brought them forth out of the land of Egypt: (Deuteronomy 29:20-25 KJV)

A few times before I have written about the evils/plagues that happened in the past and would return. There are too many people doing wrong. There are too many leaders doing wrong more than the people they lead. There are religious leaders and their people that either condone the evil or is knowingly participating. The entire world is now suffering and only a change in attitude and true atonement will suffice.

Recently I wrote about climate change, plagues, famine, death, etc. Some people thought I referenced the past and I was, but I also was writing about our near future. I have been told that I am wrong but, to me, the Bible does not lie. Dig into Revelation and it is written everywhere. I warned that God was watching and waiting and will have His way when He chooses. I warned that to continue to listen and follow our President will have dire consequences.

When this pandemic first started the President, his immediate staff and his followers called this virus a hoax, what the media reported as fake news and did not prepare (although they ran a pandemic exercise with and were told by the previous administration to prepare. They lied when they said they never knew something like this could ever happen). Now it is too late to undo the denials and yet he and most of his followers still say it is a hoax and the other side caused this to throw the election. If this pandemic is a hoax, the Bible is a hoax, and everyone knows that is untrue. It is written about what would happen and a lot of it has. There is more to come, and it is not fake news.

Above, Moses is leading the people through the desert and the people have committed sins against God. The world, especially our President, have committed many sins and now it is time to reap what was sown. This can be turned around. Repent, pray and for once do right. Read and understand the Bible. It was written. 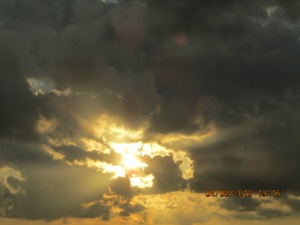