1 Blessed is the man that walketh not in the counsel of the ungodly, nor standeth in the way of sinners, nor sitteth in the seat of the scornful. 2 But his delight is in the law of the LORD; and in his law doth he meditate day and night. 3 And he shall be like a tree planted by the rivers of water, that bringeth forth his fruit in his season; his leaf also shall not wither; and whatsoever he doeth shall prosper. 4 The ungodly are not so: but are like the chaff which the wind driveth away. 5 Therefore the ungodly shall not stand in the judgment, nor sinners in the congregation of the righteous. 6 For the LORD knoweth the way of the righteous: but the way of the ungodly shall perish. (Psalm 1:1-6 KJV)

Many times I have written about our government sinners, their demise. It is also written ,more times than I can count, about how this demise is to happen. No one listens, no one cares, no one believes they are doing any wrong. It is amazing how these people can use ironic phases, spewing gibberish nonsense to anyone and everyone. I am doubtful they believe what is thrown without abandon because if they would hear what they have said, they would be forever be shameful and silent.

God does not want man to be against his fellow man, nor stand in fellow man’s way if he sinned or be ungodly in any way. He want man to be like the solid oak, stand strong, tall and wide. Man shall be a protector as God protects him. He shall abide by God’s laws, keep His commandments. This also mean our government. Our government is not immune to the word of God. Our nation was formed on the word of God. The ungodly shall perish.

Every week brings forth newer, bolder revelations about the corrupt ways of our newly elected government. The associates will be held accountable also, which mean the electorate, if they do not atone and truly ask forgiveness.

Proof in point…the government’s number one man, the President of the United States of America spoke filthy, disparaging words about nations, the immigrants of those nations while speaking niceties about nations with other than dark skin. As I ask God why, my mind recalls a part of history, the answer is finally here and I am frightened. Remember the path of Hitler, how he seduced the people to believe in everything he uttered, right or wrong. There are other examples as well. Our President’s so called base of followers are like Hitler’s people. There isn’t anything he says that is, to their understanding, wrong. There are congressmen that were in the room when the words were uttered. Some say they did not hear the words. Some say it is the way he speaks and it does not mean anything. I ask, does he care what God heard or what God thinks of him? This man, with his followers, will perish for they are truly ungodly.

God made, love, care for and protects peoples of all races, colors and creeds, no matter where on earth they are. Peoples have migrated for thousands of years but, sometimes, someone like the President, want a world the way he want it. He is narcissistic and believes he know better than God and he can not understand nor will not understand the truth if it is not about him and him alone. Forget God’s commandments, God’s laws because those are not his commandments and laws. God have mercy on all those that blindly follow him for they will surly perish beside him. 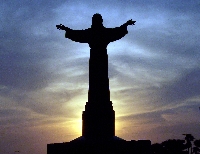