In the political void, the politician is the shepherd elected by the sheep to do their bidding and protect them from whatever may attempt to undo their tranquility. I watched the funeral of President George H.W. Bush and noticed what I have said in a blog a few times; the present President does not know or have anything to do with God. I saw this in his body language, non-singing, non-greetings and overall mannerisms. He is not the good shepherd but a hireling. As I have said many times, he is for himself and not for the sheep.

For a while, he is aware of many hammers coming down upon him. As the hammers are falling, he is running for his life and the sheep will be left to fight for themselves. The God-fearing people that are for him must save themselves and see things as they really are, seek God and repent. This is the season to celebrate the birth of Christ which make it a very good time to return, yes return, to Christ, God.

11 And that, knowing the time, that now it is high time to awake out of sleep:  for now is our salvation nearer than when we believed.   12 The night is far spent, the day is at hand:  let us therefore cast off the works of darkness, and let us put on the armour of light. (Romans 13:11-12 KJV)

Although some of the lovers of our present President are rethinking their allegiance, it is not enough. They are not being a good neighbor, trying to help others, but running for the hills while they leave behind chaos. However, those that are left behind better awaken because this flagitious situation is quickly coming to an end. When the end arrives, everyone on the evil side will be caught up and cast into the fiery pit along with the person originally sought.

If the hireling wants to experience many more good days of life he must depart from evil, seek peace as well as pursue it. From what I have seen, I don’t believe he can do it. The narcissism in him will not allow it. It has been with him for so long that it is imbedded forever in him. May God have mercy on his soul and the soul of his followers. 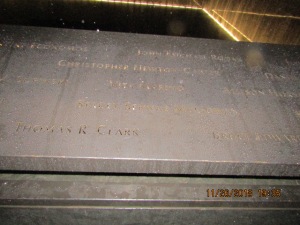