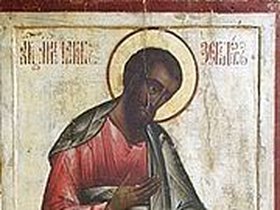 10:8 For though I should boast somewhat more of our authority, which the Lord has given us for edification, and not for your destruction, I should not be ashamed: 10:9 That I may not seem as if I would terrify you by letters. 10:10 For his letters, say they, are weighty and powerful; but his bodily presence is weak, and his speech (o. logos) contemptible. 10:11 Let such an one think this, that, such as we are in word (o. logos) by letters when we are absent, such will we be also in deed when we are present. 10:12 For we dare not make ourselves of the number or compare ourselves with some that commend themselves: but they are measuring themselves by themselves, and comparing themselves among themselves, are not wise. 10:13 But we will not boast of things without our measure, but according to the measure of the rule which God has distributed to us, a measure to reach even unto you. 10:14 For we stretch not ourselves beyond our measure, as though we reached not unto you: for we are come as far as to you also in preaching the gospel of Christ: 10:15 Not boasting of things without our measure, that is, of other men’s labours; but having hope, when your faith is increased, that we shall be enlarged by you according to our rule abundantly, (2 Corinthians 10:8-15 KJV)

Paul is distressed that some people, claiming to be the true apostles of Christ, were attempting to take over a church that he had recently established. He wrote a letter to the church saying he should not boast but gave his resume, and in doing so, claimed the others were servants of the enemy.

As I have said in other blogs, I am not a minister, I just speak from my heart. I have also said that situations in the Bible repeats itself, even in the modern world. However, if you want to close your mind and listen to them, that is your choice and, as I have said before, you will meet the same fate as they will.

Verse twelve tells us not to boast or listen to their boasting. That is all they do with nothing to concretely prove anything they say. For instance, a political ad caught a man on a hidden mike saying he could not tell the people his intentions, he had to say what they wanted to hear to get elected. Once elected he will do what he wants to do. This person is boasting all that his party have done and all that he will do, making hollow noise with nothing to back it up (verse fifteen).

Let others boast as much as they want to boast but look beyond the boasting and search hard for the truth with your mind open. If you already have come to a conclusion, before you do your research, you will not see what is right or wrong because your mind is already made up.

Keep in mind that when a person say they have accomplished this or that or they know a person that have done this or that and they are following them and will do the same, watch out. They may be a false prophet and is lying to you. Boasting is the first sign of lying.