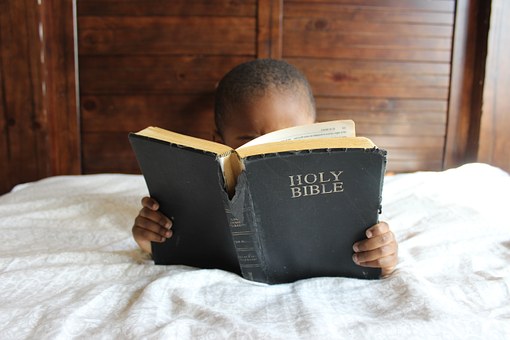 Jesus and his disciples went to many places where Jesus performed many miracles. Here Mark describes feeding the people on the mount, healing a deaf and dumb man, etc. In the above section, the disciples are hungry and wanted bread. The little they had was not to be enough for all of them. Jesus upon hearing them asked if they saw, heard, or remembered what He had done in the past. Man’s memory is short. When man wants what man wants, he is short sighted and have a one-track mind.

The same can be said about people today. They only see what they want to see, believe, or hear. No matter what someone say contrary to that fact, they will not believe it. They are told a lie by a liar, and they are willing to believe it. Jesus’ disciples saw many miracles and heard many things but, when talking among themselves, had the audacity to moan about the shortage of bread. They did not remember that they just witnessed the distribution of a small amount of bread to many and had bread leftover. Not once but twice.

The same is happening to President Biden. No matter the number 0f things he does for a lot of people they say he hasn’t done a thing. No matter how many times he tells the people and give them the proof, to them it is a lie because those against President Biden say it is a lie. They can not see the truth when it is presented to them. It is easier for get people to believe a lie than to get them to believe the truth.

The war in Ukraine reminds me of this passage. Putin is attempting to gain the world and will lose his soul because of it. That is what he failed to see before he started the war. There are rumors that he is ill. If it is true, he gives his life for a chance to own another country. Like Trump, Putin hides the truth from his people and fills their ears with lies.